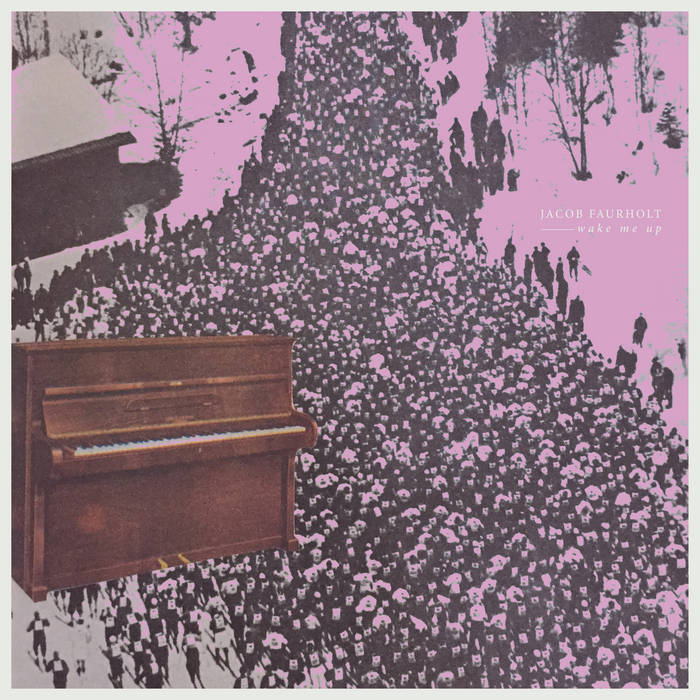 On Faurholt’s 9th solo album Wake Me Up he returns to his favorite place of recording music, the intimate space of his bedroom. This is where the albums 12 songs were recorded, live with Faurholt singing and playing his acoustic guitar. Wake Me Up is one of his most intimate and personal records yet, with songs touching themes about getting older, and the sudden realization that life can be fragile. The title track is one of those, a song inspired by the fear of being seriously ill, with lines such as: “death is all around me now, like a whirlwind dragging me down, I had a scare and that’s a normal thing, but I’m not normal anymore”.

On the albums first song “All My Heroes are Dead” Faurholt ruminates on the sad fact that many of his biggest musical influences have passed away, artists such as Mark Linkous, Elliott Smith, and Daniel Johnston. There are also songs about the unconditional love you can experience becoming a parent. Both “I Love You” and “Tiny Unicorn” were written to Faurholt’s three-yearold daughter. The last one is a piece of cosmic folk (with musical nods to The Flaming Lips) about the magical world of children’s imagination.

Musically Wake Me Up is more than “a man with a guitar album”. After the basic songs were recorded live, Faurholt started fooling around with his Microkorg keyboard, adding spacey textures to the songs. He also got tracks sent to him by email from Daniel Crowell, a California based musician, who did his parts while quarantined in his home due to COVID19. The albums piano pieces were recorded in Switzerland by the classically trained Samuel Gray, who years back, released an album as Sam Gray Singing on Faurholt’s label Raw Onion Records. Faurholt’s wife Nadia and his daughter also added vocals to the album. Faurholt mixed the record himself and it was mastered by Canadian producer Andy Magoffin (Great Lake Swimmers).

Faurholt describes Wake Me Up as an intimate home recorded “headphone album” – and as cosmic folk music with textures made by spacey keyboard sounds and occasional noisy guitars.

Bandcamp Daily  your guide to the world of Bandcamp